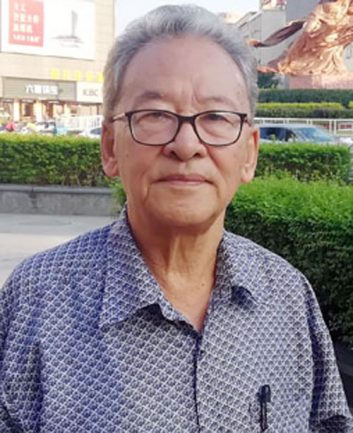 2.1 President Xi Jin Ping is the founder of modern Silk Road, who launched the Belt and Road Initiative (BRI). Being Nepal, a land-locked country, BRI provides Nepal alternative seaport and dry port facilities to trade with third countries. No country can impose blockade as before. Thus Nepal is now a land-linked country instead of a land-locked country. In this context, President Xi Jin Ping’s visit is a landmark in bilateral relationships to overcome limitations of land lockedness.

2.3 BRI financial institutions provide soft loans to Nepal in infrastructure building and other BRI projects in Nepal. AIIB and other Chinese banks are willing to extend soft loan facilities to BRI countries like Nepal.

2.4 Nepalese first channel of interaction with China is China’s Tibetan Autonomous Region (TAR). Nepal has 1414 km long common border with TAR, China. Nepal is largest market of TAR. IN 2018 more than half of TAR’s export went to Nepal. President Xi Jin Ping’s Nepal visit will create a conducive atmosphere to promote further trade between Nepal and China’s TAR in the coming days.

3.1 China have common land borders with five South Asian countries, Afghanistan, Pakistan, India, Nepal, and Bhutan. Without better connectivity and mutual understanding and co-operation between China and South Asian Countries Peace, stability, and development are not possible in the South Asian region. China-linked with other three SAARC countries Bangladesh, Sri Lanka and Maldives through 21st century maritime Silk Road in the Indo Pacific region. So SAARC should be reactivated and enter the relation between China and SAARC countries should be promoted. Nepal is one of the SAARC countries who proposed China’s admission to this regional body as a dialogue partner.

3.2 Geo politically Nepal is in between China and India, Nepal has no choice to choose one neighbor against another, but to maintain a balanced relationship with both neighbors. So no to China or no to India is not possible but to deal both with India and China simultaneously. So trilateral co-operation is a must in this region.

3.3 President Xi Jin Ping is a mature politician and shroud diplomat. He does not like to push India into the American camp, so trying to win over India, if not possible, he likes to keep India neutral in the Sino-American conflict. President Xi Jin Ping is lunching series of Uhan dialogue with India. It will contribute to bringing closer regional co-operation between China and South Asia.

4.1 Afro-Asian countries are in favor of a multi-polar world. They don’t like US unipolar world domination and dictations. The US wants to use Nepali soli against China, supporting separatist Dalai Lama’s cliques. Nepal is in favor of the ‘One China policy’. Nepalese Army disarmed Khampa rebellions operating in Mustang District against China and its gang leader Ge wangdi was killed and arms from his followers were seized. Thus a global conspiracy against China was foiled.

4.2 There is a broad consensus against the US trade war. China, India, Russia, and other BRICS countries are co-operating with each other to counter the US trade war. President Xi Jin Ping’s India and Nepal visit will further consolidate the global multilateral trade mechanism.

Chinese foreign minister Wang Yi’s Nepal visit on September 8-10, 2019 has paved the favorable ground for President Xi Jin Ping’s forthcoming visit to Nepal. Nepal and China sign three co-operation agreements i.e. hospital in Manang district, five thousand tents provided for emergency relief works and Chinese language teaching in Nepal providing volunteer teachers from China. This visit is expedited the implementation of various projects that Nepal and China have agreed in the past. Recently, there is a successful joint military exercise between Nepal and China in Nepal. Thus we find the multi-dimensional relationship is flourishing. President Xi Jin Ping’s visit to Nepal will create a new milestone. It will have a positive impact on the cause of regional and international peace, security and global inclusive development.

(Shrestha is a former Nepalese ambassador to Russia)

Journalists In Bhaktapur Receives both doses of the Chinese vaccine Verocell