Neighboring China has opened its mouth after India publicized Nepali land in its new political map. China made its official statement on the issue Thursday evening.

Spokesperson of the Chinese Embassy in Kathmandu, Wang Xiaolong, said Nepal and India should resolve the disputes over Kalapani through consultations and Negotiations. On Thursday evening, he made a public declaration of China’s keen interest in the subject and always respected Nepal’s sovereignty and geographical integrity.

“We are happy that the Kalapani area dispute is resolved through friendly talks and agreements,” said Wang.

He said that some irresponsible media and individual groups have tried to spread the illusion that China has also violated Nepal’s border, and warned that any attempt to weaken Nepal-China relations would not succeed. 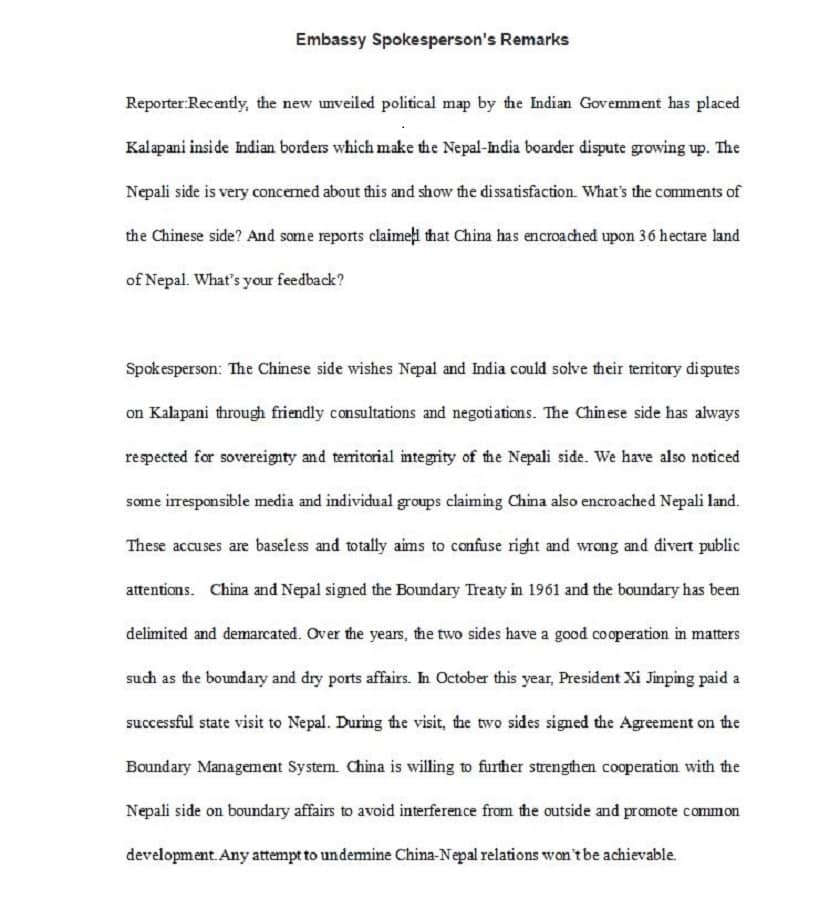 Journalists In Bhaktapur Receives both doses of the Chinese vaccine Verocell